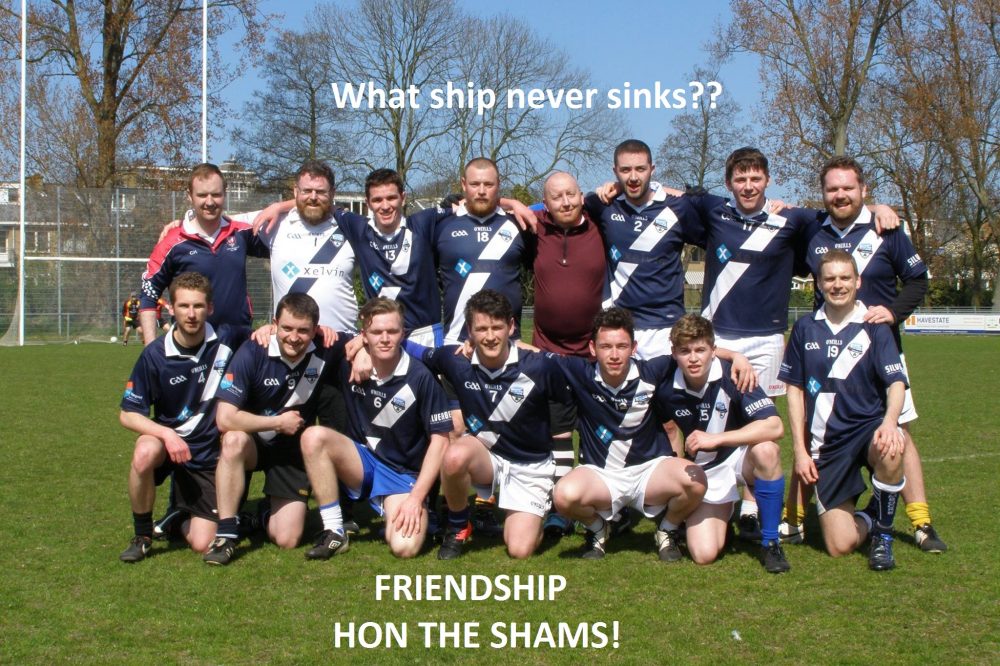 It’s official, it’s fantastic, it’s the news we have been waiting to share for the last 5 years! The Shams have taken home their first piece of Benelux silverware EVER!! This is how we did it!

The day started at the crack of dawn for us with the usual sprint to Den Haag from Eindhoven. Our morning was taken up by the championship group matches against Den Haag and Amsterdam. While our performance against Amsterdam was nothing to shout about (6-8 to 1-2 loss!) we came back and showed our metal with a strong performance against Den Haag. If we can find some consistency and give a full day of performances like that one it will not be long until we are celebrating our maiden championship silverware.

After two losses we were entered into the Shield play-off. As the shield only consisted of 3 teams, we had to play a pool format, where all three teams played each other and the team with the most points won the competition.

First up were the pesky Belgians (the B team)! We started well and took the lead early on, afterwards we never looked back! Strong performances from Donal Murphy, Ciarán ‘Beag’ Matthysens and Dave Cotterill made sure victory was never in doubt.

Finally, it was the death match against the boys from Leuven! Win or bust for both teams! I haven’t seen effort and commitment from our guys like this in the 5 years I’ve been representing Eindhoven in GAA. Again Ciarán and Donal stood out. A Special mention to Cillian Bass for a calming influence in midfield and 2 priceless points in the second half. And of course Ben ‘Hulk’ Kavanagh who stepped into the sweeper position after ‘The Humble’ Ciarán O’Reilly hobbled off injured during the first half of the Belgium game. This was Ben’s first ever GAA tournament and he played like it was his 100th! The final score of 2-4 to 1-4 showed how tight it was. Tensions were high on the pitch and sidelines as we waited for the final whistle and pure ecstasy when it was finally blown.

For the first time in Shams history The Friend-Ship didn’t sink and we were the Den Haag Benelux Shield champs for 2017!

I’d like to take this chance to thank everyone who’s been involved over the last 5 years because you all had a part to play in this, from Paddy Clancy and Stephen Harford who made the effort to bring the club to life, to Dave Coleman and all the others who put countless hours into the club before they left the Dutch shores for greener pastures.

I’d like to thank the players and volunteers who’ve represented us for the last 5 years, without all you we would not be here; you are the heartbeat of this club.

I’d like to thank Den Haag GAA for staging another great tournament!

I’d like to thank our sponsors, Xelvin, EazyNL and O’Sheas for the help over the years. These guys are the reason we have a club. And their help is invaluable.

Finally I want to thank everyone on the board that has put in countless hours all over this fair city to make sure the Shams are the best club possible. From getting jerseys and club merchandise available, arranging trainings and social nights, to the general admin of running the club, thanks to everyone.

Next month on the 6th of May we defend our shield in Eindhoven. Please come on down to the Rugby club on Vijfkamplaan from 9am to cheer us on.